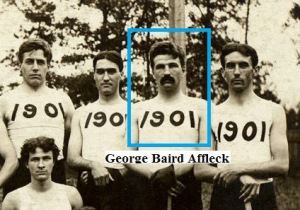 George Baird Affleck played field hockey for the class of 1901 at the YMCA Training School (now Springfield College) under James McCurdy. After his graduation, Affleck became director of physical training at the Iowa State Normal School (now known as Northern Iowa University). He stayed there through 1907, then returned to the Training School until his retirement in 1941. In Springfield he coached the men’s soccer team and was awarded the college’s Tarbell Medallion for outstanding service in 1944. END_OF_DOCUMENT_TOKEN_TO_BE_REPLACED